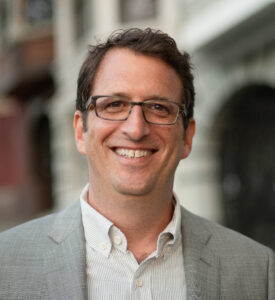 OUR REVOLUTION ENDORSED – Dean Preston is a tenants rights attorney and founder of the statewide organization Tenants Together, which helps organize local communities to fight back against the worst landlords, pass local rent control, and advocate for affordable housing. Through his work we were able to fight back against the corporate attack on rent control in 2008 and pass the Right to Counsel for all tenants facing eviction in San Francisco which goes into effect this year. Dean would demand a Green New Deal and tens of thousands of units of municipally owned housing. Dean would be the first Democratic Socialist on the Board of Supervisors since Harry Britt held the District 5 seat. Dean would solidify a progressive supermajority on the Board of Supervisors, giving us a chance to pass legislation without fear of a Mayoral veto.  Let’s make history together. Vote for Dean Preston on November 5th 2019! 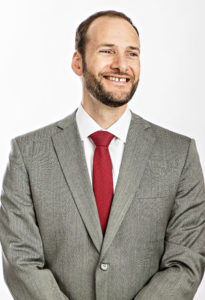 OUR REVOLUTION ENDORSED – Chesa is a bold, progressive public defender who was inspired to fight for criminal justice reform because he grew up with incarcerated parents and understands how harmful our current system is. As a city public defender Chesa has led the fight for our sanctuary city policies, our immigration defense services, and an end to cash bail. As District Attorney he will ensure bad landlords, corporations, blue collar criminals, and police officers are held accountable and will stand up for the working class, black and brown communities, and the LGBTQ. This is the first open race for District Attorney since 1909. Make it count. Vote for Chesa Boudin November 5th 2019!

Leave it blank! We’re serious – don’t vote for anyone and don’t write anything in. A blank ballot sends a loud and clear message that we’re not satisfied with the leadership. Also, the fewer votes this race gets, the easier it is for activists to qualify their own ballot measures.

Mayor Breed has led the city poorly. Last year she came out against Our City, Our Home, the ballot measure to tax corporations in order the provide shelter, health services, and housing to our growing homeless population. In a time when income inequality is the highest it’s ever been and the average 1 bedroom apartment costs $3,690 a month it is unacceptable for Mayor Breed to make this move. Breed’s excuse was that the services didn’t have enough oversight which is ridiculous for several reasons: first that she supported funding the same services through a regressive sales tax two years earlier (she’s fine with you paying it, just not corporations!) and that she opposed a recent move by Supervisors Haney and Ronen to create a homeless oversight committee this year!

Additionally last year the Mayor endorsed Josephine Zhao for school board, full well knowing Zhao actively worked against a bill allowing transgender youth to use the bathroom of their choice. Zhao claimed to have evolved but uncovered group chats in Chinese revealed she had not changed her position. The Mayor refused to unendorse Zhao even though Zhao was eventually forced to resign.

Mayor Breed is also continuing the inhumane homeless camp sweeps, destroying belongings such as clothes, shelter, medicine, and other important property for those who have suffered under massive income inequality. Last year she continued sweeps just before some of the biggest rainstorms of the season, leaving thousands on the street without even the meager shelter of a tent. When confronted by the San Francisco Chapter of the Democratic Socialists of America she claimed the city didn’t conduct sweeps. A blatant and disgusting lie.

Mayor Breed is celebrated for her amazing story of breaking out of poverty and being the first black woman as Mayor of San Francisco. Her story is inspiring but her disregard for the poor shows she is just out for herself.

Leave it blank! Herrera’s gang injunctions have done lasting damage to San Francisco’s black and brown community. He has no opponent anyways. 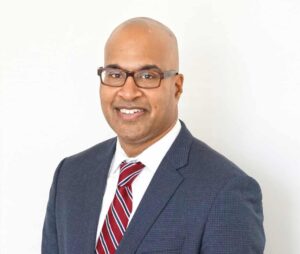 San Francisco is one of the only cities who elects a Public Defender and the work has paid off!  Having a Public Defender’s office that is not only advocating for the rights of its defendants but also advocating for political change is amazing. Mano is a brilliant public defender and former colleague of Jeff Adachi. He has done a good job leading the office after Jeff’s death. Matt Gonzalez gave his endorsement!

Jose Cisneros stacked the public bank task force with Chamber of Commerce and pro private bank advocates; groups of people that have no business working on making public banking possible. As a member of the Public Bank Coalition our organization chose not to endorse Cisneros has he is clearly not committed to the cause.

Miyamoto is a law-and-order candidate, not a reformer.

Board of Education: No Endorsement

Currently there are three candidates for Board of Education. We held a forum for all three and landed on “No Endorsement”. Jenny Lam, the current incumbent, has a lot of experience in education policy, but has indicated in other questionnaires that she was open to meeting with Charter School advocates. She is also the Mayor’s education advisor and appointee which feels like a conflict of interest. She is also a Kamala Harris supporter despite Bernie Sanders having the best education platform of any candidate.

Her two opponents hopped into the race just after Lam voted to take down the Washington Murals. Whether one wants the murals taken down or not we’re not interested in supporting candidates over this one issue.

Ivy Lee for College Board 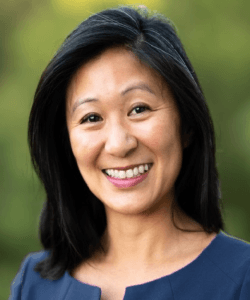 Ivy Lee is a club favorite: proudly wearing a Bernie pin at our meeting as she spoke about why she was best qualified to remain on the City College Board. A former civil rights attorney, Lee worked in Supervisors Norman Yee and Jane Kim’s office. In Kim’s office she was the architect of the Free City College initiative which put San Francisco on the map and brought a big endorsement from Senator Bernie Sanders.

C No!: Vapor Products. This corporate-funded measure would repeal the current temporary Vape sales ban and replace it with weaker regulations and a nonsense online registry. Don’t let corporations buy this election.

D Yes: Traffic Congestion Mitigation Tax. A small 3.25% tax on single Uber rides & an even smaller 1.5% tax on shared/electric rides. $$$ goes to public transit, bike lanes, and pedestrian safety. The tax is way too small and full of loopholes, but it’s the best we have right now.

E Yes: Affordable Housing and Educator Housing. Zoning deregulation for developments with renters earning under $103k/year or with school workers earning $120k/year. This is not the way to solve housing in SF, but we’ll settle for it.